Learn more about the lives and careers of our award-winning alumni. 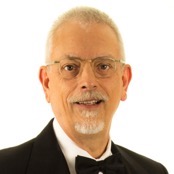 James Clay is an early childhood educator. He began working with young children as a Head Start aide for a summer job while in college. Later, in Washington, DC, he taught 2- through 4-year-olds for 10 years before becoming a program director. In 1988, he received his degree in Early Childhood Leadership from Bank Street Graduate School of Education. Jim was the director of School for Friends, a Quaker/Friends preschool in DC, for 33 years. For many years, he was one of the facilitators of the LGBTQ Interest Forum of the National Association for the Education of Young Children, where he also served on the Council for Accreditation of Early Learning Programs and on the workgroup for the Code of Ethical Conduct. In DC, he was a member of the Mayor’s Advisory Committee on Early Childhood Development for a decade.

Jim is a Quaker educator and serves on the board of the Friends Council on Education, which sustains the Quaker spirit in Friends schools in the US. He is an adjunct professor at The City University of New York (CUNY) where he teaches candidates for the Child Development Associate Credential. Also at CUNY, he participates in a team of trainers in Gender and Sexuality in Young Children. He has served on the Bank Street College Alumni Association Advisory Board since 2006, as treasurer, and as president from 2013-19. In DC, he organized over 25 programs for Bank Street alums between 2006 and 2017.  Jim is an amateur musician and loves to sing in choirs.

Ron Azoulay began his educational career reflecting on ways to encourage the facilitation of resources and spaces for teachers, families, and students to actively participate in the schools they help to positively shape for learning. He holds a K-12 administrative license and is a graduate of the NYC Leadership Academy. Ron is the founding partner of Khamsa Group, LLC and, in the past two decades, has worked as a first grade teacher in New York City and Taiwan, a reading coach with the Omaha Public Schools district, and has been in educational leadership consulting roles in both public and private practice while completing his doctorate in education administration from the University of Nebraska-Omaha. Born and raised in Israel, Ron is a First Sergeant in the IDF Golani Brigade and is now cancer-free after being diagnosed with Leukemia in 2012. 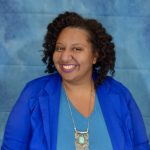 Princess Francois is a Milken Educator Award-winning assistant principal from Brooklyn, New York. Her current work focuses on coaching teachers and instructors to maximize students’ academic and socio-emotional growth, as well as advocating and creating spaces for culturally responsive practices that promote anti-racism, equity, and inclusion in schools. As an assistant principal, she has introduced several initiatives, including revamping professional development and coaching, streamlining academic operations, and vertically aligning every department. On the culture front, she has enhanced school events, including Pi Day and Black History Month, as well as served as an advisor to a small group of students. Previously, Princess served as a high school science teacher in her home neighborhood as a Teach for America NYC corp member.

Princess holds a bachelor’s degree in History with a Pre-Medical Concentration from Columbia University and master’s degrees from CUNY Hunter College in Adolescent Special Education and Bank Street Graduate School of Education in Educational Leadership. In her personal time, she is a featured travel blogger who shares her expertise on micro-cations, domestic travel, and Black travel. As an avid traveler, she seeks to visit 50 countries and all 50 states before the age of 50. 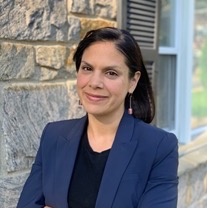 Originally from Houston, Texas, Carolyne Quintana’s career in New York City public education began in 2003 as a 9th grade English Language Arts teacher in the Bronx. Carolyne worked as a literacy coach before moving into administration and attributes her approach to leadership to the opportunity to support the development of her peers. In the spring of 2012, Carolyne joined Bronxdale High School as the principal, following two years as the district K-12 literacy coordinator in the White Plains City School District. She immersed herself in leadership development as a new principal support coach, coaching new principals across New York City, before becoming the executive director of the Affinity Schools NYCDOE Citywide Office.

Carolyne views a collaborative environment as the key to fostering success. Partnerships with parents and community organizations have been an essential part of successfully creating enriching experiences at each of the institutions where she’s been a leader. Along with implementing an inquiry-based approach to teaching and learning, she’s dedicated time and resources to explicitly teaching staff and students useful, research-based strategies to communicate effectively and build a trusting, loving community committed to the growth of adults and young people alike. She holds a bachelor’s degree from the University of Texas-Austin and masters’ degrees from Bank Street College and The New School Graduate Faculty.

Martha Andrews is a founding co-director of Bronx Community Charter School. She has been an educator in New York City schools for over 23 years, teaching at P.S. 173M, P.S. 51/The Bronx New School, and Future Leaders Institute Charter School, and then leading Bronx Community Charter School (BxC) for the past 12 years. She earned a BA in Public Policy from Brown University, an MA in Elementary Education from the Steinhardt School of Education at New York University, and an MS in Leadership for Social Change from Bank Street College and City College.

Sasha Wilson is a founding co-director of Bronx Community Charter School. He has been an educator in public schools in the north central Bronx for over 23 years. He spent his entire teaching career at P.S. 51/The Bronx New School before co-founding Bronx Community Charter School (BxC), and he is a parent at the school along with being the school leader. He earned a BA in Government from Wesleyan University and both an MS in Elementary Education and an MS in Leadership for Social Change from Bank Street College of Education.