Based in the cities of Rabat and Fes, you will spend seven days experiencing the culture and languages of Morocco firsthand. Through meetings with formal and informal representatives from a variety of education institutions and site visits to the Ministry of Education and Moroccan schools (as their calendar permits), you will gain a greater understanding of Arab culture as experienced in Morocco.

Morocco is a country whose citizens must acquire facility in more than one language to be able to participate fully in civic life. Among the languages spoken are Amazigh (Berber), Moroccan Arabic, Standard Arabic, Spanish, and French. These linguistic competencies reflect Morocco’s indigenous past, its prominence as a crossroads of Arab civilization over many centuries, and its recent legacy as a European colony. A major topic of discussion and reflection will be how Morocco’s educational system fosters national unity and pride while encouraging the multilingual competency of its citizens. Finally, you will explore the role language plays in forming and maintaining cultural identity in both Morocco and America.

Programs are currently on hold due to the Covid-19 pandemic and related transitions in the CPS office that supports them.

Photos from previous trips to Morocco

Here are some snapshots of our time in Morocco last year. 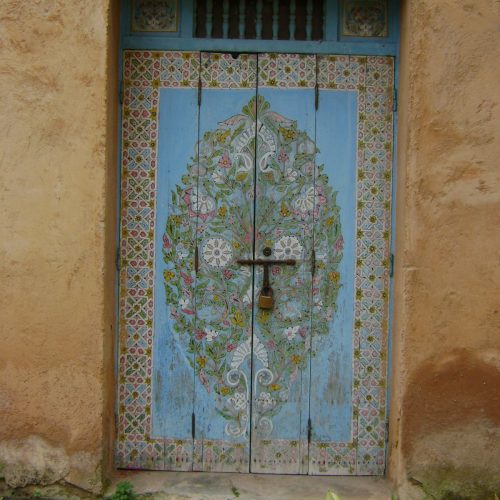 Testimonial
When I originally registered for this course, I believed it would be an incredible experience. However, I did not realize that it would so deeply affect me on a personal and professional level. As an educator, I will forever be changed by this journey.
Anonymous