Derek Jones, began his career in 1986 in the Bronx as a Paraprofessional In a Special Education Class. He became a teacher in 1993, Having began as a Kindergarten teacher, then a fifth grade teacher and then in 1995, became a middle school teacher. In 1996, he taught Global and US History at Satellite Academy, an original transfer school on the Lower East Side. At Satellite, Derek was a teacher leader and Director of a documentary film program called “The Urban Video Project”, where students produced socially relevant documentaries, while team taught by a resident film producer. He left Satellite Academy in 2003, and became part of the third cohort of New Leaders for New Schools, and in 2004, he was selected by The Institute for Student Achievement (ISA), to write the plan and become the school leader of a Gates Funded High School In Springfield Gardens Queens. Derek served as the founding principal of Excelsior Preparatory High School from 2004-2010, where he witnessed the graduation of three classes. In 2010, he became the Deputy Network Leader for Children’s First Network 404, and in 2012, left the Department of Education to become the Senior Director of School Support for New Visions for Public Schools, where he was responsible for the support of 31 District schools in the Bronx and Manhattan. He is currently the Managing Director of School Support, in which he is the responsible for coordinating the supports that New Visions provides to 60 schools across the city. He currently lives in New Rochelle, New York. 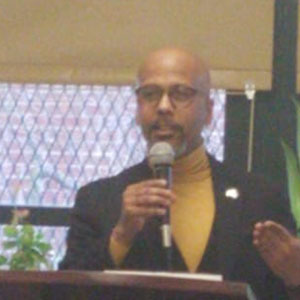