Gil has been in the leadership department at Bank Street since 1990 as an advisor, instructor, staff developer, program and center director, and chair, among other things. (He was also, for two years, director of the Early Adolescence program.) He derives his greatest satisfaction from helping students understand that leadership can be supportive, collaborative, and collegial, rather than bureaucratic, top-down, and ever-evaluative – and watching these students go on to shape schools and cultures where these qualities are pre-eminent. He has had a particular interest in teacher leadership, small schools, reflective supervision, school change, service learning, and collaborative teams.

Collaboration, democracy, and intense personalization are at the heart of all his work, whether it be in supervision, teaching, or simply trying to make this a better, more fulfilling world for all people. He wants schools to be live, humane, inviting, inclusive, funny, and deeply thoughtful places.

He began as a high school English teacher in New Jersey and Maryland, and went on to administrative roles in public and independent schools, traditional and alternative, urban and suburban, in New Jersey and New York. His most cherished (and challenging) job during that period was as director of the Alternative School in Teaneck, NJ, where he served for four years…and survived. While at Bank Street, he was the head of a team that designed the Feinstein High School for Public Service in Providence, RI.

He grew up in Baltimore, got his BA from Amherst College in Massachusetts, and got an MA, EdM, and EdD at Teachers College, Columbia University.

Among his writings, he is most proud of having edited Bank Street’s Occasional Paper #23 on teacher leadership; having co-authored (with Mary Anne Raywid) the book Not So Easy Going: The Policy Environments of Small Urban Schools and Schools-Within-Schools; and most recently (and least related to his own educational work), having published Henrietta Schmerler and the Murder That Put Anthropology on Trial.

Chapter: “Engaging the System,” in Simple Justice: The Small Schools Revolution and the Fight for Fairness in Our Schools, edited by William Ayers, Teachers College Press, 2000. 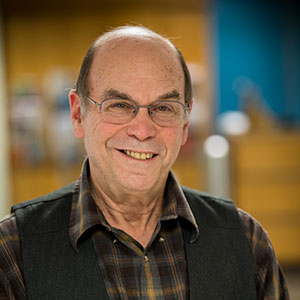