Jessica’s teaching career began as a special educator in an Integrated Co-taught (ICT) classroom at the only progressive charter school in District 10 in the Bronx. She spent years working in upper grade classrooms as a 3rd, 4th, and 5th grade teacher. She facilitated experiences for children grounded in hands-on learning, inquiry, and social justice, with the goal being to provide access to progressive pedagogy to all. Jessica began working with Bank Street in 2013 as a cooperating teacher. In 2015 she became an adjunct instructor, and in 2017 she joined the faculty as a program director and full-time course instructor. In these roles, her hope is to support graduate students as they carve their way in the field, asking them to reflect, critique, and look for (or perhaps create) new possibilities. Maxine Greene writes, “By becoming aware of ourselves as questioners, as makers of meaning, as persons engaged in constructing and reconstructing realities with those around us, we may be able to communicate to students the notion that reality depends on perspective, that its construction is never complete, and that there is always more.” Jessica continues to work with children in New York City as an inclusion consultant, supporting general and special educators as they work to reimagine their practice in support of all students. 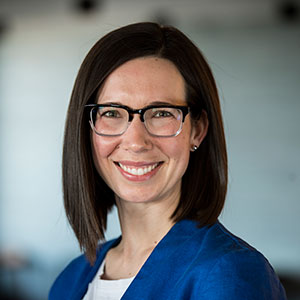