Brian Monahan has over 40 years of experience as an educator at the K-12 and university levels. He began as a teacher of English in the Yonkers Public Schools where he met his future wife while on cafeteria duty. Later in his career he served as a teacher of computer science, a building administrator and, finally, superintendent of schools in five districts. The thing he misses most about being a superintendent is the warm feelings he got from staff and students when he announced snow days. Brian joined the Bank Street faculty in 2015 and teachers courses in the School District Leadership program.

In addition to his professional service, Brian has been active in his community, serving as a trustee on the Dobbs Ferry Village Board and as a member of the Board of Education. He was also elected to three terms as Mayor of Dobbs Ferry. 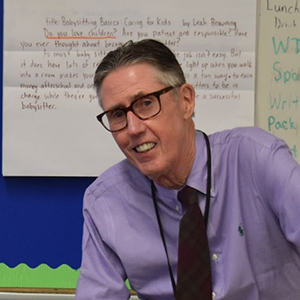