“Can you come and play with us?” It was these words that compelled Pamela Jones to move from researcher to educational practitioner in the late ’90s and early 2000s. From a summer internship in a preschool classroom in her college years to teaching opportunities in inclusive settings as a special educator years later, Pam has worked with children in the early childhood and childhood age-bands. Her former role as a learning specialist in public schools, and her love of critical literacies and languages, are what inform her work as a graduate instructor and advisor. Among other goals, Pam is committed to helping her students grow their awareness of the political nature of teaching, understanding that every pedagogical act carries with it a set of consequences. Pam delivers workshops and presentations on a range of topics, including (but not limited to): home-to-school partnerships, critical language awareness, and infusing social justice meaningfully into the curriculum. As a doctoral student exploring the intergenerational language and literacy practices in African-American families, Pam is re-engaging her researcher identity and finding points of intersection with her teacher and activist identities.

Jones, P. (2017). From radical self-care to ethically subversive practice: The educators’ charge in the era of Trump. Berkeley Review of Education. Retrieved from http://www.berkeleyreviewofeducation.com/cfc2016-blog/from-radical-self-care-to-ethically-subversive-practice-the-educators-charge-in-the-era-of-trump

Burr, V. & Jones, P. (2012). Fair is not equal: A differentiated approach to supporting behavioral growth in the classroom. Retrieved from: http://bankstreet.edu/blogs/fair-is-not-equal/ 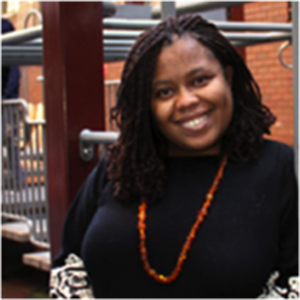