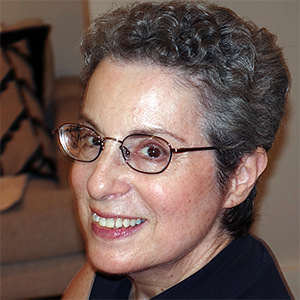 I found that my success at Bank Street was not only due to a brilliant curriculum combined with supervised fieldwork, but also because of the connections I made there.

Before Carol Zeavin entered the field of education, she was a professional musician. She was the first violinist for several seasons with the American Ballet Theater orchestra, a founding member of the Columbia String Quartet, had performed with many contemporary chamber music groups, and had also played on Broadway in the pit orchestras for Annie, The Color Purple, and The Little Mermaid. among other productions. But after decades of success as a professional violinist, Carol decided it was time to add another role to her career—one that would address her interest in early childhood development and the psychology of children.

She said, “I was looking for something to do besides music. I had been doing it since age 19 and I was 45 at the time. I was fascinated by early childhood and with the idea of using psychological literature to communicate with infants and toddlers. I wanted to spend some time and energy pursuing an additional career in that area.”

Carol continued to work in orchestras, chamber groups, and on Broadway while earning two master’s degrees from Bank Street Graduate School of Education: Early Childhood General Education in 1997 and Early Childhood Special Education in 2002. Through her Bank Street network, she was introduced to The Rockefeller University Child and Family Center and she started working there as a head teacher. She also worked as a head teacher at the Barnard College Toddler Development Center.

“As a grad student, I was thriving on the Bank Street approach—actively engaging with the kids while doing the intellectual theoretical work at the same time, and using the two parts enhance each other,” Carol said. “But maybe most important, I found that my success at Bank Street was not only due to a brilliant curriculum combined with supervised fieldwork, but also because of the connections I made there.”

The next step in Carol’s journey, which she refers to as a “happy accident,” came in 2007 when, during a regular home visit with the family of a toddler, the child’s mother proposed co-writing a book series together—the kind of empathic and validating books about the everyday experiences and emotions of toddlers that Carol had already been writing for individual toddlers but that weren’t yet in bookstores.

Carol’s first reaction was reluctance because she already had two jobs—performing musician and special educator. But the toddler’s mom—Rhona Silverbush, now her co-author—convinced her.

Carol said, “I ultimately did realize the necessity for that kind of book series, because parents of toddlers I was working with would ask me if I could write about how help with their child’s behavior; for example, ‘How do I get my kid to clean up?‘ or ‘Can you help my kid stop spitting in class?’ I was already writing little books for my toddler clients that were based on Carol Grey’s ‘Social Stories’ concept, both to validate their experience and to help modify the unwanted behaviors. So I wrote We All Clean Up and No Spitting, among others. I tried to see the situation from the toddler’s point of view as much as possible. I was surprised by how much the children loved their little books and I was gratified by how much the books really became an extra tool in the children’s therapy programs. They also helped the grown-ups understand their toddlers.”

Since 2018, Carol has been published by Magination Press, the children’s book imprint of the American Psychological Association, as co-author of six “Terrific Toddlers”  books aimed at 1 ½- to 3½-year-olds. These books identify the feelings of young children with easily relatable titles, including Time To Go,  All Mine, and Bye Bye, to name a few. The books offer a window into the psyche and feelings of toddlers.

Reflecting back on her graduate school experience, Carol said, “I knew nothing when I got to Bank Street. I learned everything there. It bolstered my confidence to then go out in the world with new skills. I gained expertise in the practical realm of dealing with all types of children and got a lot of support from faculty and staff. My graduate school experience also validated my writing skills.”

In 2022, Carol returned to Bank Street to present her first workshop on writing for toddlers at Bank Street’s annual Infancy Institute, which has inspired her to begin developing more workshops to help parents and caregivers write effective, empathic little books for their children.