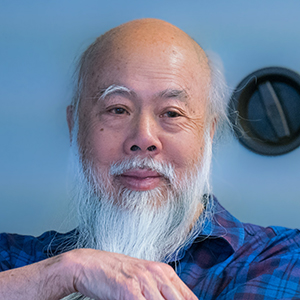 Our investigations are in keeping with Bank Street’s value of the here and now, which provides meaning to learners through evidence and experience.

After teaching in his native Southern California and independent schools in New York City, Stan Chu spent two years in the Peace Corps in Sierra Leone. Upon his return, Stan had just moved to New York City when he visited his friend, Sue Monell, at her lower school classroom at Bank Street School for Children. At this moment, Stan’s desires came together and he set off on a new path: to get his master’s degree and become a progressive educator working with young children.

As a graduate student at Bank Street, Stan completed his supervised fieldwork with Sue as his advisor in her first- through third-grade classroom and earned his MSEd in Early Childhood and Childhood Education in 1972. The values he cultivated as a student continue to drive Stan’s professional work. He taught for years before joining the Bank Street Graduate School of Education faculty in 1989.

Stan says, “What I gained from Bank Street and in the Peace Corp was the idea of what it means to do science as opposed to reading about science. As a course instructor, I linked up with a long tradition of science educators at Bank Street that had influenced what it means to involve learners in direct experiences with the physical world.” He teaches a graduate course called the Science for Teachers that makes use of  focuses on the New York City environment to investigate both the built and the biological aspects of the city. “Our investigations are in keeping with Bank Street’s value of the here and now, which provides meaning to learners through evidence and experience.”

He discovered that Bank Street’s reputation opens doors for educators. “Many of us Bank Street graduates gained credibility early on among other progressive educators,” he remembers fondly. Throughout his career, the supportive and active community of educators at Bank Street has inspired Stan to engage with other public school teachers who also wanted to move their classrooms progressively, and he has consistently worked to build a broader community that shares progressive philosophies with like-minded individuals. “The work I did with teachers in public schools stemmed from the progressive content and spirit I got from Bank Street.”

Stan has taught children and teachers in New York City since 1969 as a faculty member of the CCNY Workshop Center, Founding Director of the Garden State Teacher Center, classroom teacher in independent schools, and on Bank Street’s faculty since 1989. His international work includes teacher training in southeast Asia, China, and Rwanda. He helped write curricula for the PYP/IB and was its first external advisor. In between teaching, he has also trained for and run 16 New York City Marathons. 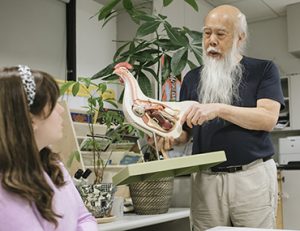 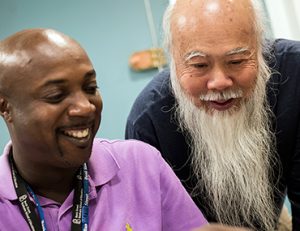