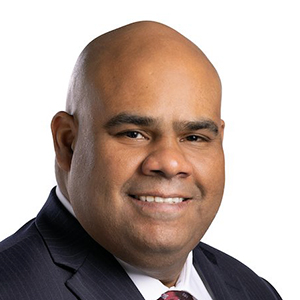 What Bank Street allowed me to do was to understand the administrative and the leadership part of community work. It gave me a better insight into how to merge the needs of two populations—the youth and the teachers who serve the youth.

When Carlos Velazquez was growing up in East Harlem, rather than stay home alone for hours after school while his parents worked he attended after-school programs. For Carlos, these programs provided a safe and nurturing environment where he could socialize with his friends and feel supported.

With the fond childhood memories of his after-school programs as inspiration, Carlos sought ways to give back to the community—and now,  as Executive Director of the New York City Police Athletic League (PAL), his passion has become his life’s work.

Carlos said, “I gravitated to working with young people in youth centers. I think community work always was, and always will innately be, part of my life. Youth services resonated with me because I experienced its value as a kid. I have always felt like there is a unique skill set and knowledge that you need to do this kind of work for your community, and that it was something I had.”

At the start of his career, Carlos earned a master’s degree in social work in 2007 from Syracuse University and started his career as Chief Program Officer for the Boys’ Club of New York, where he developed programs and led its expansion. Driven by the impact and sometimes the lack of services that existed, he was encouraged to find a way to do more. That’s how Carlos first learned about Bank Street’s educational leadership programs.

“I was working in youth development when I heard about the Leadership in Community-based Organizations program at Bank Street. I saw the offerings and I decided that it was a very reputable institution, located near Harlem where I lived and worked, so I went for it.” Carlos said.

Realizing early on that he preferred educating outside of a classroom, Carlos initially felt that he was, like many youth development professionals, conflicted about leaving hands-on work with children in order to move into leadership. While studying at Bank Street, his perspective shifted as he gained the tools he knew would help him to counter that argument and create real change from the inside out.

“I think there are a ton of talented leaders in youth development who reach a ceiling because they are considered ‘program’ people. They can lead a thousand kids through a fire and get all of them out safely. But what ends up happening is they don’t have the opportunity to develop as leaders on a larger scale. An advanced degree can give them what they need to understand how their skills and ability to network can move them to a higher level. With programs like Bank Street’s, they can learn to make a real difference in their youth development organizations,” Carlos said. “Sometimes staff members feel like they have to be on the ground all the time to make an impact, and they don’t understand that by training the next group of teachers, or youth workers, the impact is greater. I learned how to build strategy and develop strong programs and systems that all work to better support the youth community.”

As the Executive Director of the Police Athletic League (PAL), Carlos works in tandem with the NYPD and the law enforcement community and has made real gains with the organization and its communities. He credits the leadership knowledge he attained at Bank Street for his confidence and expert leadership in the unique field of youth development and after-school programs.

Carlos said, “What Bank Street allowed me to do was to understand the administrative and  leadership parts of community work. It gave me a better insight into how to merge the needs of two populations—the youth and the teachers who serve the youth. By building strong programs and strong systems that surround the work, I’ve learned that the effect I have on the adults who do the work is more impactful than anything I’ve done hands-on in the classroom.”