Colorism and the Bronx 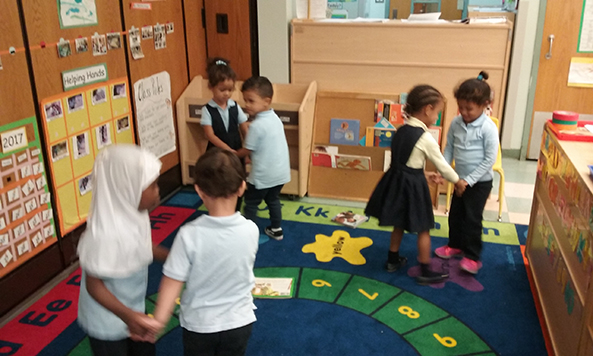 Bank Street is big on social justice. We roar like lions at the inequities of our educational system.  It is a source of pride for many of us graduate students that equity, exploring institutional and systemic racism, color, culture, bias, stereotypes and activism are steadfast anchors – integral bones in the Bank Street body.

We’d think that in a borough where primarily people of color reside, issues of colorism, racism, and stereotypes would be reduced somewhat –  but it is real and it is common, oftentimes further highlighted by the fact that we as people of color are both victims and offenders. Although these musings stemmed more so from my work with CCRE, in the face of our country’s current racial climate – this contemplative expedition seems unwittingly apropos.

Colorism is so deep-rooted. In my personal experience as a child of Dominican parents (descendants of West African, Native American and European peoples) Africanness (darker skin and particular features) has always been the elephant in the room everyone ignores, yet simultaneously wants ousted. Lighter skin and Caucasian features were always preferable – as a child, my big, curly hair was a troublesome thing. It is only recently that I am seeing and experiencing women my age with African roots embrace areas of their heritage previously suppressed.

In my experience as a woman of color, I’ve noted that there seem to be deep-rooted ideas: stereotypes, implicit biases, along with notions about culture and race affecting many aspects of Bronxites’ internal dialogue and external social conditions. There’s still an unspoken sense of hierarchy and ingrained perception about color and race from family to family and neighborhood to neighborhood. These ideas are old – they date back to when being as close to white as possible meant survival. They are feelings of displacement, hurt, fear, and denial so implanted in us that they may be imperceptible to our own selves. And yet, they may be found evidenced in how we treat ourselves and think of ourselves, and how we think of and treat others.

Among my experiences highlighted at the CCRE Professional Development Institute, I became increasingly aware of how young humans internalize data about race.

According to the NAACP, “in the 1940s, psychologists Kenneth and Mamie Clark designed and conducted a series of experiments known colloquially as “the doll tests” to study the psychological effects of segregation on African-American children.”  Young children of varying races (aged 3-7) chose which they preferred amongst four dolls ranging from white to black. The children were documented overwhelmingly attributing  the white doll with positive characteristics, and the black doll with negative characteristics. The children exhibited strong emotions – acceptance, denial, and devastation when asked about their own identities and tying these to the dolls they’d just identified as “bad,” or “good”. The implications of the experience spoke loudly of the damage young children can incur regarding racial identity, self-perception, and societal value very early in life.

The results reverberated throughout the country and throughout history and caused a ripple that changed segregation laws, particularly in American schools.

I have had instances in my own pedagogical experiences when young students with dark skin deny their color and identify themselves as white or lighter brown than they are. I’ve had 3-year olds refuse to play with dark skinned dolls being children of color themselves, yet  feverishly reach for light-skin, blonde-haired dolls, even fighting amongst themselves for the only white doll in the classroom. My first experience with this happened far before I knew the doll test had been an actual experiment. Not that there is anything wrong with playing with dolls representative of something different than yourself – but there should be an understanding there, that although this doll is different, it does not represent something better. There should be as much pride in playing with the brown doll and the darker skinned doll as the white doll.

So how do we start the real conversation about color in places where it hasn’t started yet and make it a movement in places where it’s already being discussed? How do we practice equity and instill empowerment and self-acceptance in children who face deep-rooted, systemic, and institutionalized racism? It begins with awareness and understanding how colorism has affected us – we might be surprised at the can of worms it can open. The hope is that, from the depths of ugly feelings, good things can grow.

The fact that I spend eight-hour days with my students and share a million milestones and experiences with them throughout the school year is only a small part of the reason why I feel teachers need to understand their impact on students’ self-esteem and personal lenses. Even if at home, the racial rhetoric they hear is prejudicial, hurtful and detrimental, we have to be the embodiment of an active opposition and contradiction to the negative.

For more information on some sources utilized in this article, please visit: