I Love Math: And Other Things I Never Thought I'd Say - Bank Street College of Education Skip to content
Graduate Admissions Blog

I Love Math: And Other Things I Never Thought I’d Say

Posted on February 5, 2015 by Sharon Leatherwood

Before starting at Bank Street, there was one subject I was particularly nervous about tackling, and that subject was math. I have never felt comfortable with adding or subtracting in my head, I have trouble recalling my multiplication facts, and I still don’t know how I passed Algebra in high school. I convinced myself that I was just not good at math and there was nothing to be done about it. While a musical theater major at my undergraduate school, I took “Math for Non-Math Majors” and still struggled. When I decided to enter the field of education, I was very anxious about teaching math so I decided I should face my fear head on and take the Bank Street math course, Teaching Children Mathematics in Diverse and Inclusive Settings, during my first semester. 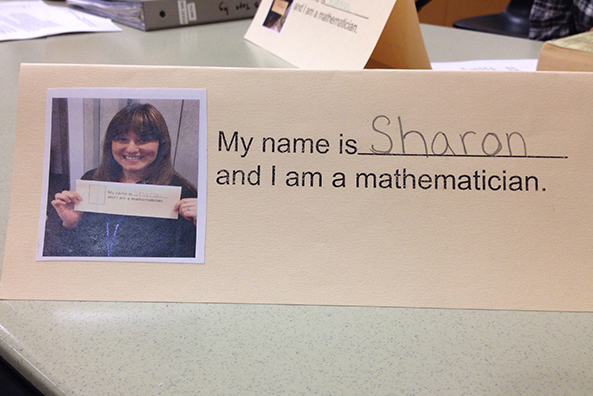 You can see the nervous anxiety on my face in this photo. This picture was taken on the first day of class and as my face shows, I did not feel like a mathematician.

During the semester we did a lot of reflecting on our own experience as math learners. A lot of us discovered that our biggest issue was our lack of understanding of what we were doing. We were taught to put numbers into an algorithm but we didn’t fully understand what was happening to those numbers. We used our new understanding of teaching children mathematics in our classrooms and tried it out by asking a child a good question, or trying out a new math game. We played a lot of games and discussed many problems in class. Everything was very concrete and hands on, just as it should be in the classroom. The class environment was extremely social and supportive. I didn’t feel stupid for asking a classmate how they got their answer or asking for further explanation. I was taking charge of my own math learning and by asking questions I was increasing my level of understanding. 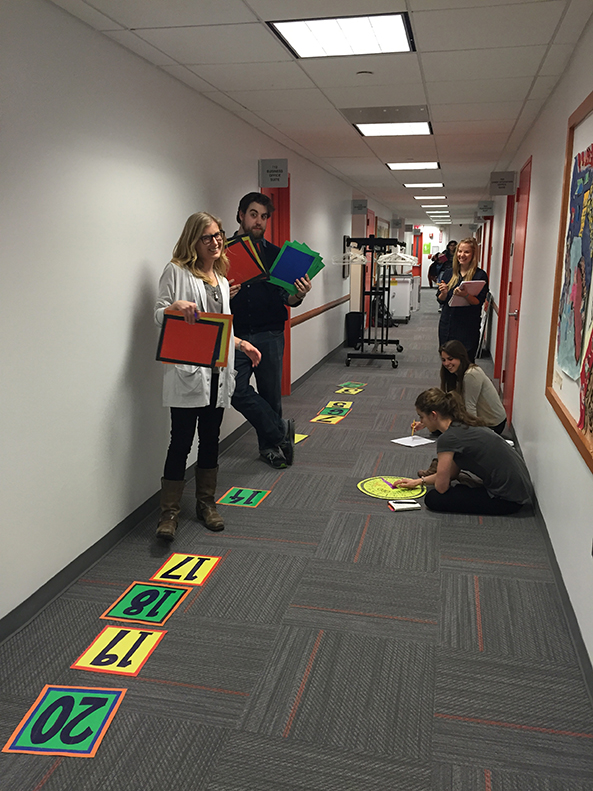 Playing a math game created by a fellow classmate

As my professor Marvin Cohen would say, once you have found your answer then the math begins. When I started to think this way it really made a difference. I realized that I was getting an answer but did I fully understand where that answer came from? I tried this out during my fieldwork placement with fourth graders. I would ask how they got their answer or if they could prove their answer. By asking this, I would see which students had an understanding of the mathematics involved and which students needed some further guidance. I would ask those students more questions to try and steer them in the right direction without simply telling them the correct answer or what they did wrong. This was a hard skill to master for a first time teacher, but it is more valuable for the student to come to the mathematical understanding on his or her own.

When I finished my placement with the 4th graders most of them said in their farewell letters, “Thank you for helping me with math!” Before this class I never imagined anyone would ever thank me for helping them with math! 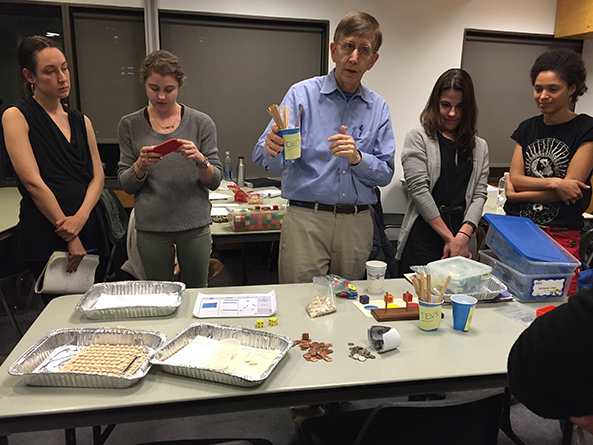 My attitude towards math has done a complete 180 after taking this class. I feel confident and energized. Math is now fun and to see students making discoveries and enjoying problem solving is thrilling. If you have nervous feelings towards math like I did, this is the class for you. One of my favorite quotes from Marvin was, “Saying I don’t like math is like saying I don’t like food.” If you decide to come to Bank Street or if you are a current student avoiding the math class, fear not, you’ll leave loving math just as much as you love food.